It all starts with a Date

You find us, finally, and you are already in love. People around the world already shared the same experience and uses our system. Joining us today just got easier!

Join us for FREE

Sweet stories from our Lovers 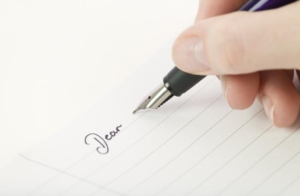 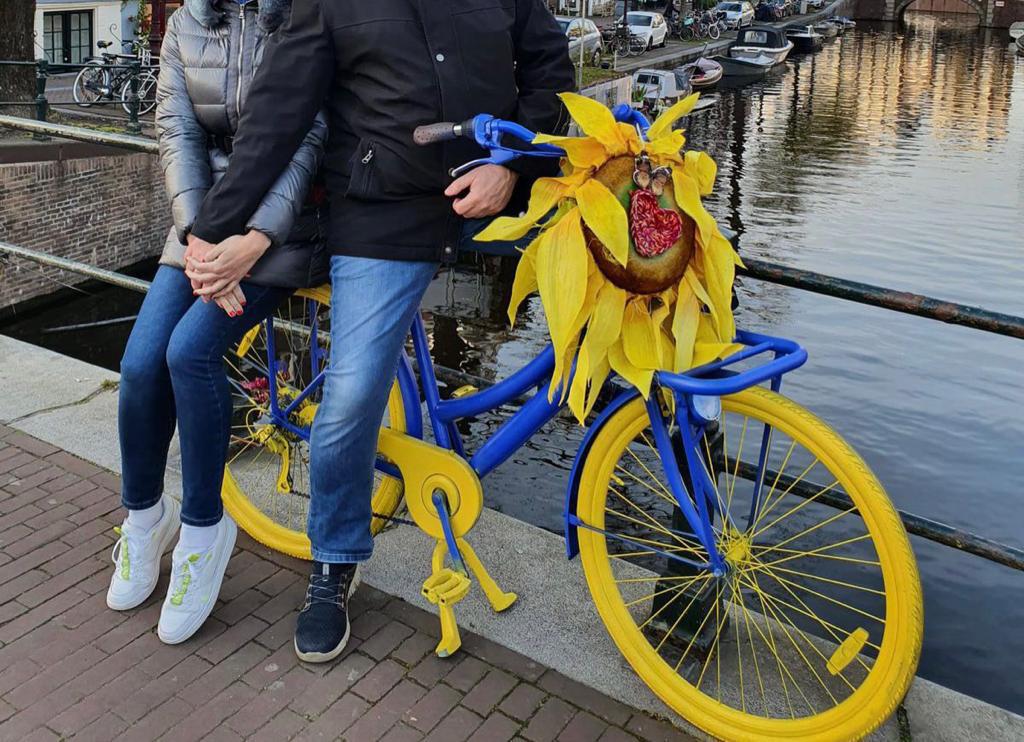 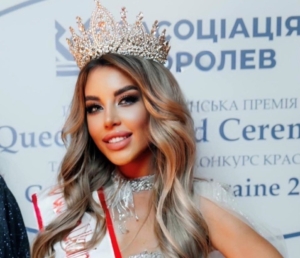 The Beauty will Safe World

Finding Luda in Kiev was a godsend for me. She was referred by another American I met in Kiev rather accidentally. When this man, who has become a good friend to me in the States, introduced me I was skeptical. I thought I was satisfied with a website I was using…..but, frankly, there is no comparison between the site and Luba. The site turned out to be a money-grabbing scam, whereas Luba was the real deal. She is exactly was I needed! Her real time introductions were with HONEST, beautiful, intelligent and gracious women who were seeking a serious relationship with a man who would treat them with respect. Not only has Luba been a great resource, she has become a good friend. I highly recommend her services to anyone and everyone who is looking to connect with a Ukrainian lady. 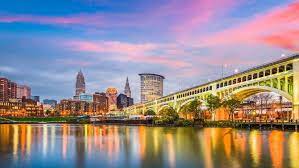 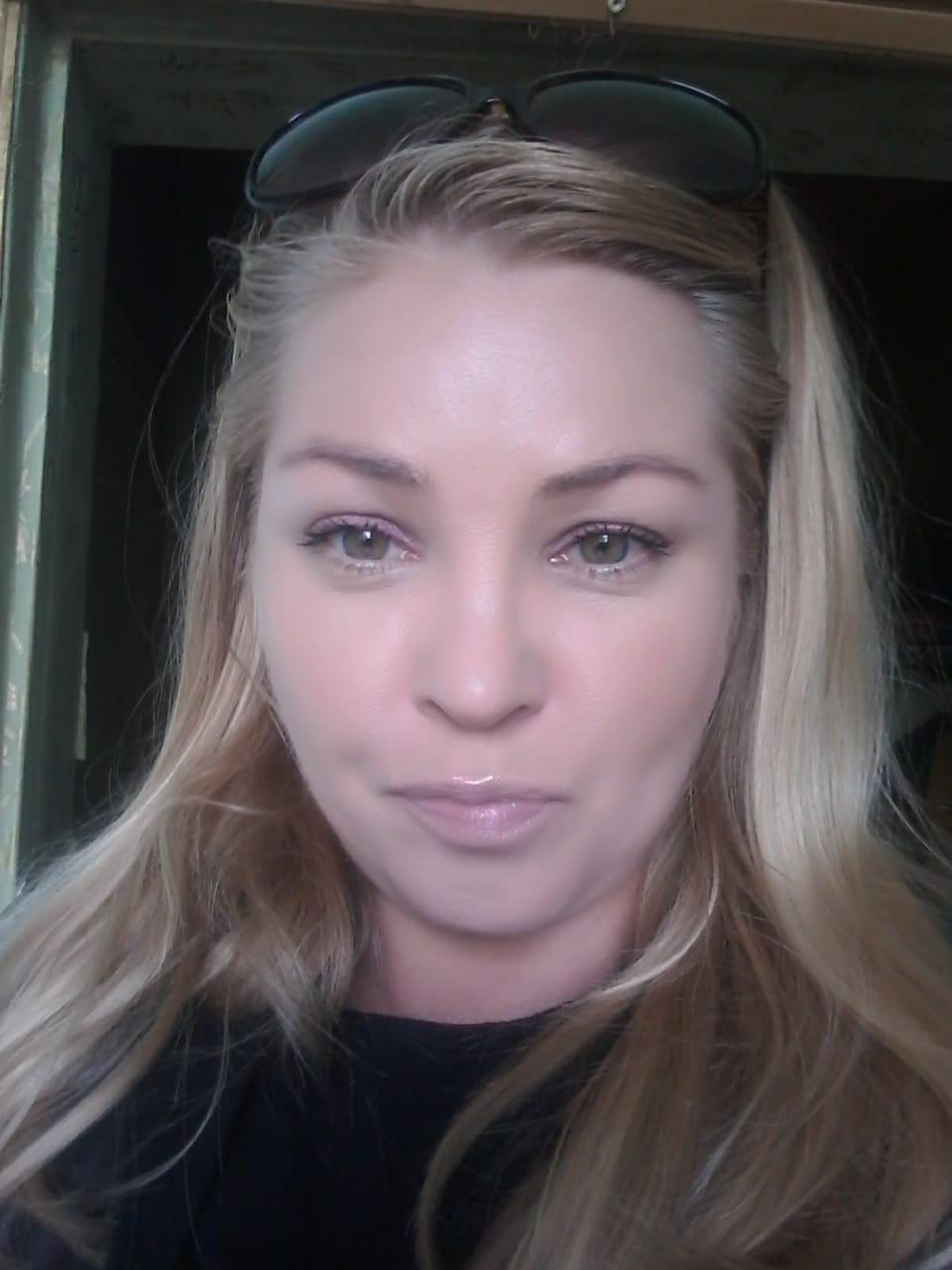 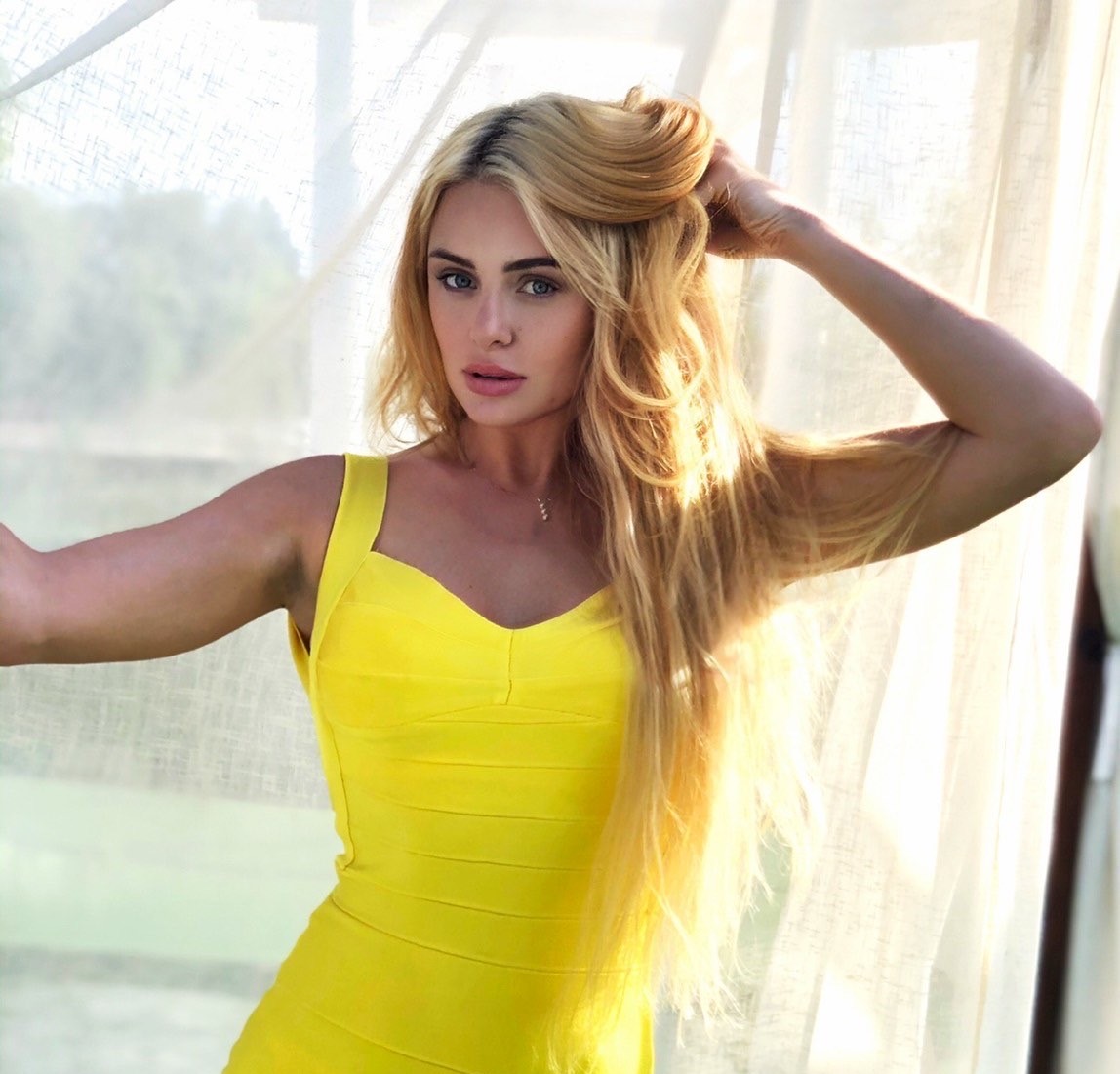 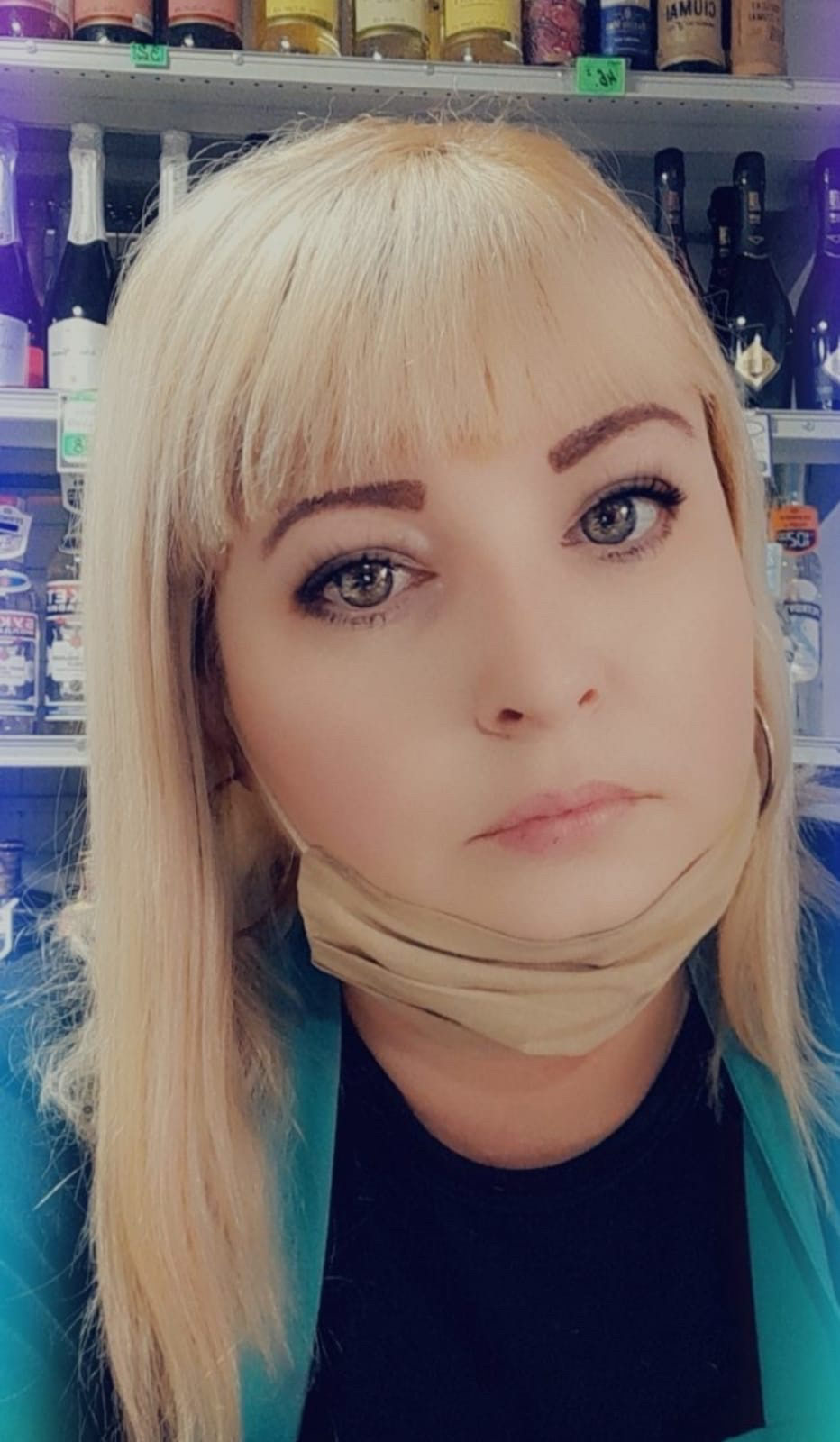 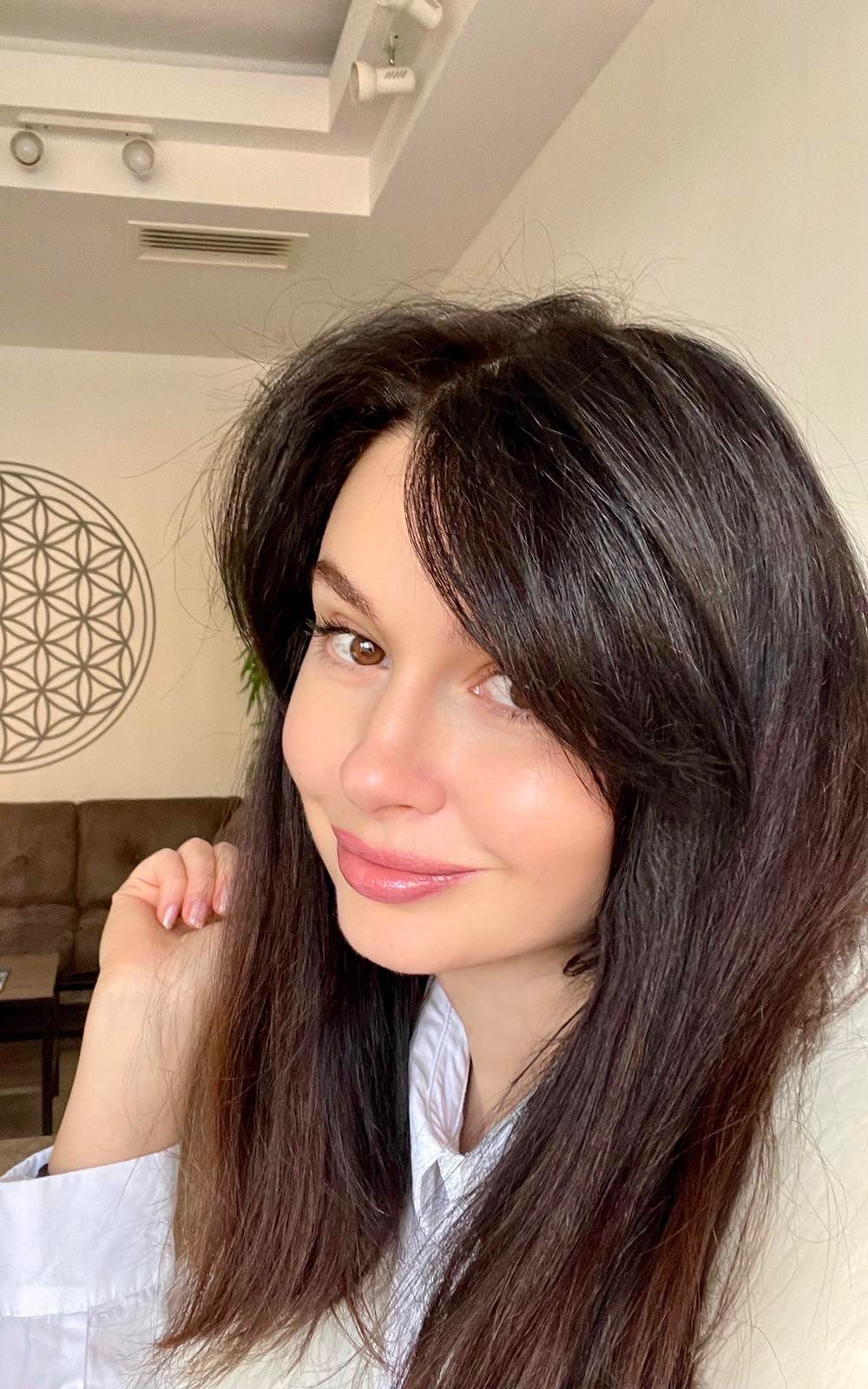 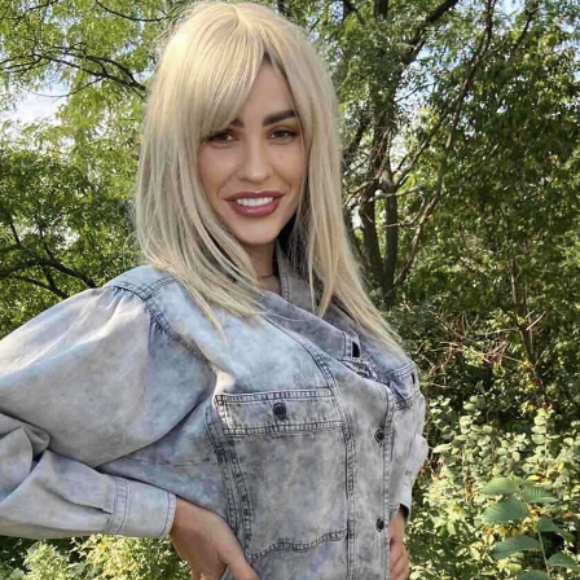 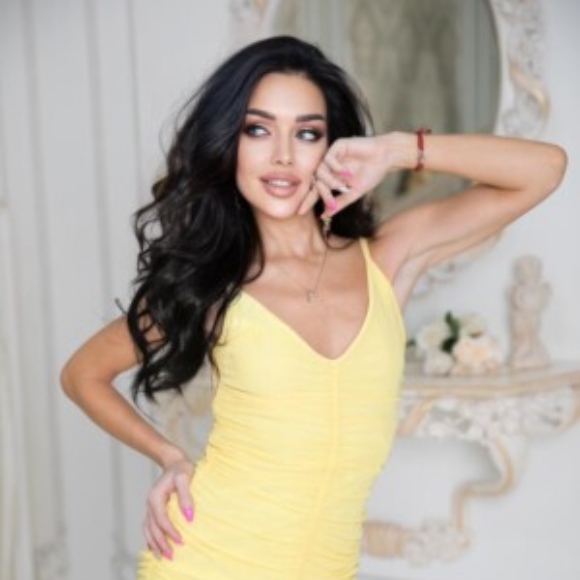 Bernard, Nice, 12.09.2021France
I have been living in Kiev about 75% of the time during the past five years. In the beginning, I met Luda and used her marriage agency along with many of the other well known agencies in Kiev. After a period of time, it became evident that Luda was special and different from all the others. The two of us established a professional yet warm relationship. I found her to be hard working, honest and most sincere in her efforts to help me find a wife. With Luda, I was not just one of hundreds of impersonal men clients like I was with other agencies. With Luda, I felt like I was the most important client she had and she was always available to help me, in person or on the phone, seven days a week and at any hour. Sometimes when I had a misunderstanding with a woman because of a language or cultural barrier, she was always available to come to the rescue and smooth everything over. I never found any other agency or interpreter who could do this so well. She works and translates with her heart and not just her mind. She tries to understand each person as distinct individuals and not just like another client. When translating words between a man and woman who do not speak the same language, it is so important that the translator understands the heart, soul and intent of each person. Just translating the words directly is not enough for two people to really get to know each other's souls. She takes the time to understand her client's personality and that way she can help the man choose the best women for him to meet. It takes a mature and experienced woman to do this. It comes from years of being in the marriage agency business. Young and inexperienced interpreters and agencies cannot provide this valuable service as well as Luda. I know Luda has arranged hundreds of marriages, probably more than any other marriage agency in Kiev, because she has been doing this in her special way ever since Ukraine's independence many years ago. 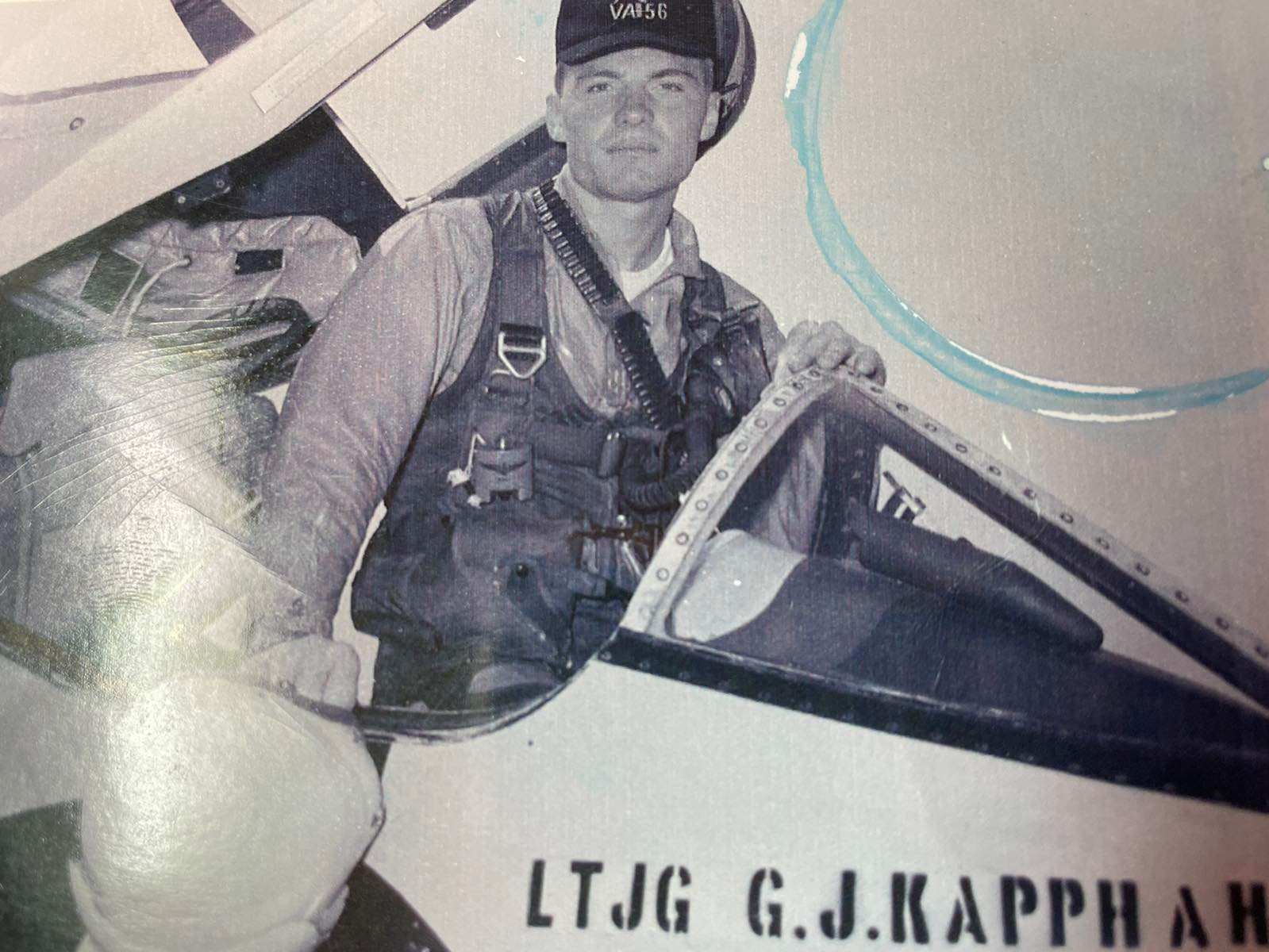 Gary, Phoenix, Arizona, USA. 24.08.2021Pilot
My name is John and I am from the UK. I got this site address from a mate that had bumped into Luda in a shopping mall in central Kyiv. I decided to try this site as I was fed up with all the big sites and the fake profiles and agents making money from chats and letters and no one ever being able to meet despite that I am actually living in Kyiv. It was every time "I am away with work, I am visiting my parents, my mother is sick or I am on vacation". This is not the case with Luda and her agency. I went and met her and we discussed how everything works and I thought I would give it a try. I have now met 2 lovely women and obviously, I paid for the meetings but the girls are real (I have the photos and the memories) and I have met one several times since and although a nice lady probably not right for me and the other one I will be seeing again as she seems amazing.

John, UK24.08.2021
I whould like to tell everybody that Luda Agency really care about happyness of her customers, we are not simply clients for her but brothers. I found the cutest and most charming ladies there in person they are even more charming, but I think the best way to find pure and longlasting love in Ukraine finalized to marriage is to ask the help of Luda. She doesent work for money. She's enouch rich? She was Professor in University, she works for passion and to make people happy. I ll be forever grateful to her for her help and fellowship. Faitfully. 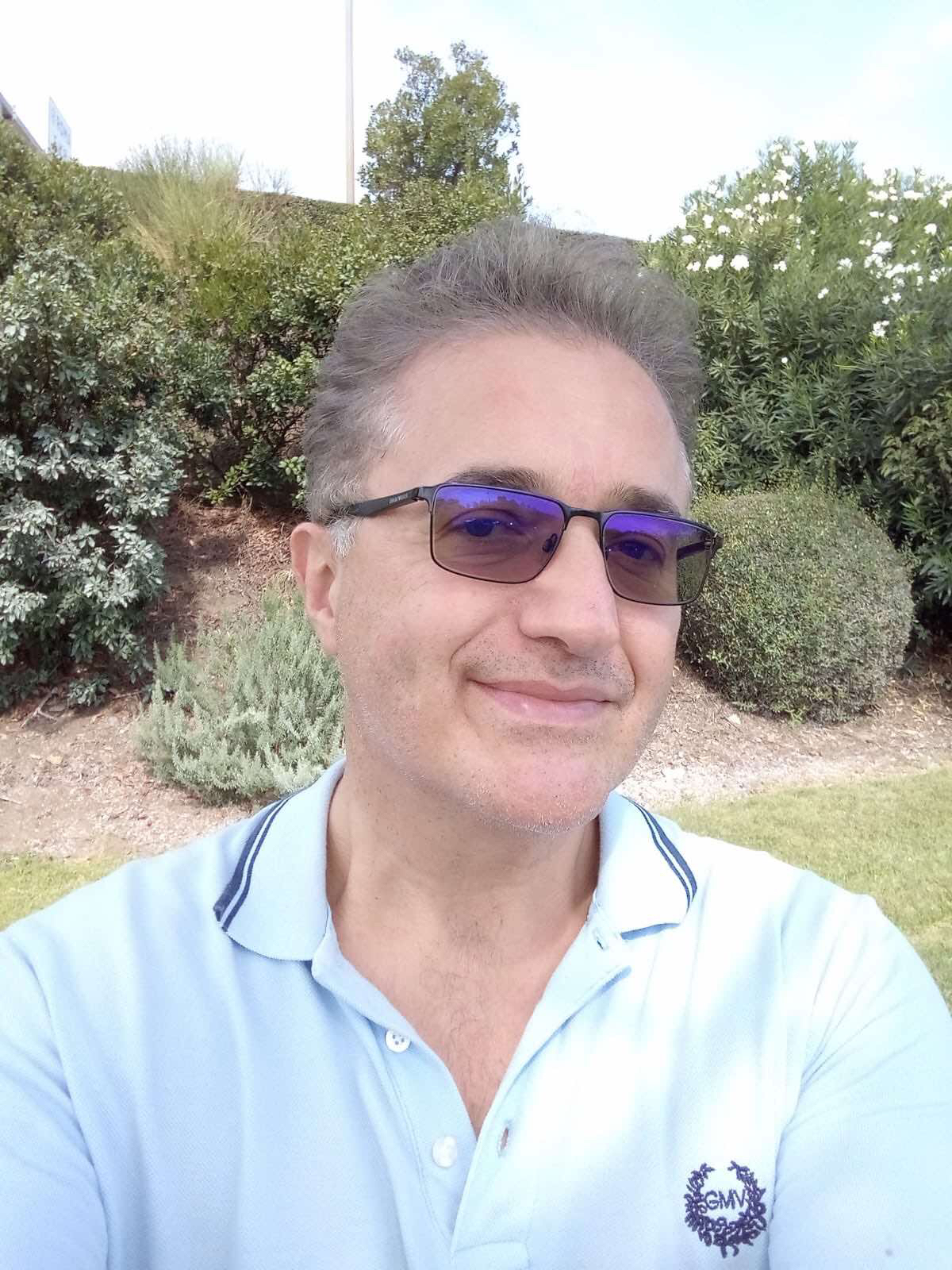 KarolinaKiev, 08.08.2021
Greetings Luda.Thank you for all of the help and advice that you gave me during my visit in Kiev. I was so impressed of the quality and charm of the women that you introduced to me. Their serious intentions about marriage were never in doubt and I think I have found my true love in Elena. She is the essence of femininity and natural beauty that I have so longed for over these many years. I believe one more visit to Kiev will "seal the deal" and I hope you will be my trusted "wingman " by my side to insure that all will be well. Thank you so much for your help. You are the best!! Here are some photos of my city of Tampa that you might enjoy. See you very soon. 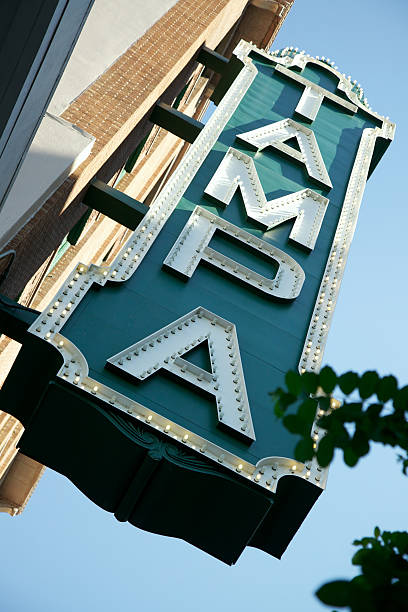 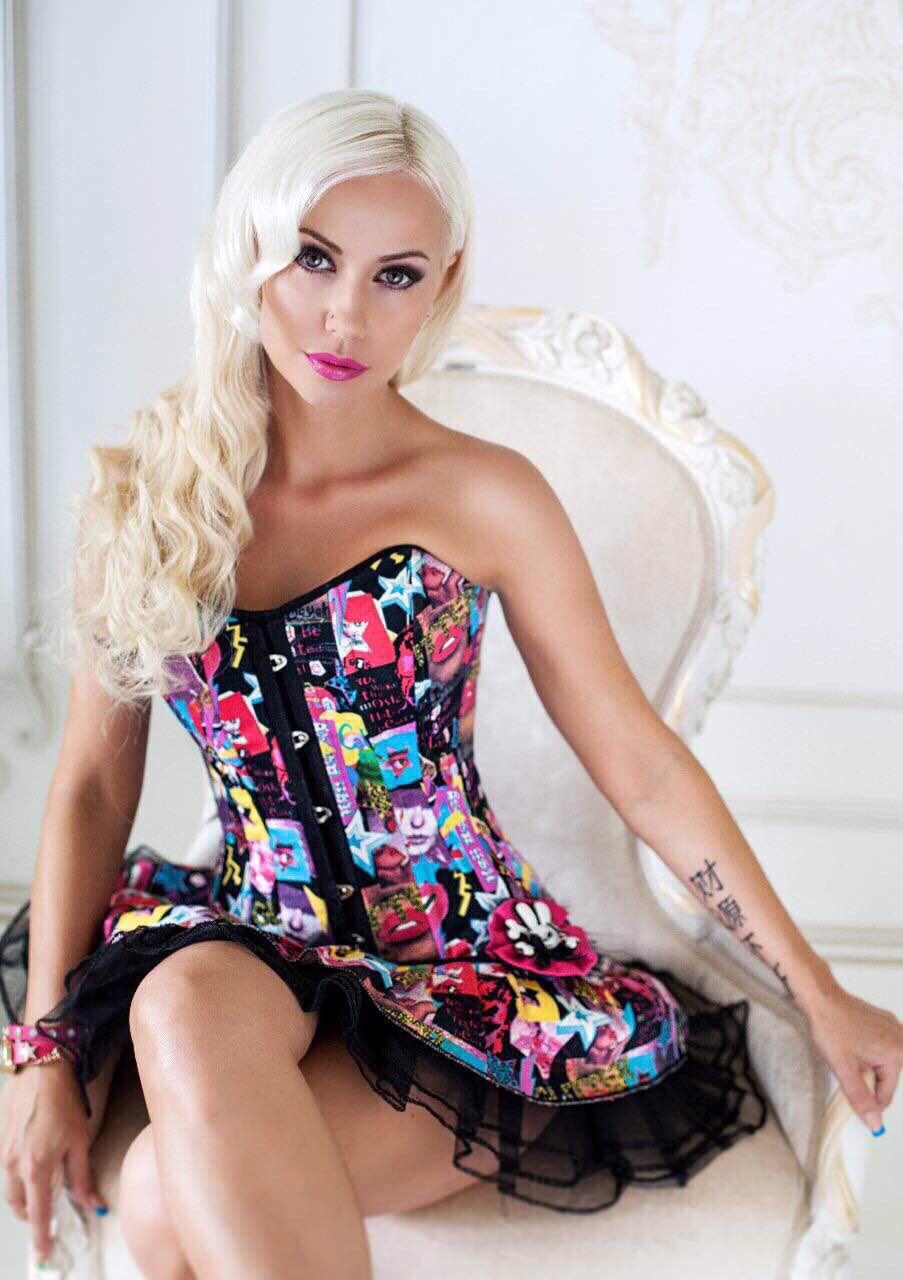 EleonorKiev, 23.07.2021
This agency was a nice positive surprise. The Lady that administers the site is really interested to find matching pairs of the man and the woman. Even offering some suggestions before you can search anything. She contacts you to get more information to fill your profile, both the man and the woman. And for my experience also helping of other things a Man would like, like helping delivering flowers for a selected Girl. And of course in here you seem to find very charming Ladies, that are real persons. I would not need any other contact place in Ukraine but this. Also thinking to recommend Ukraineinlove site to some of my bachelor friends in my country. 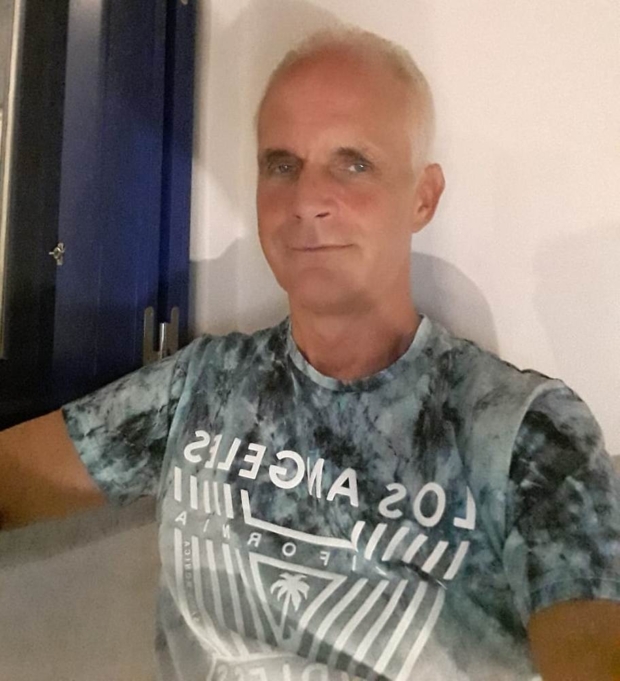 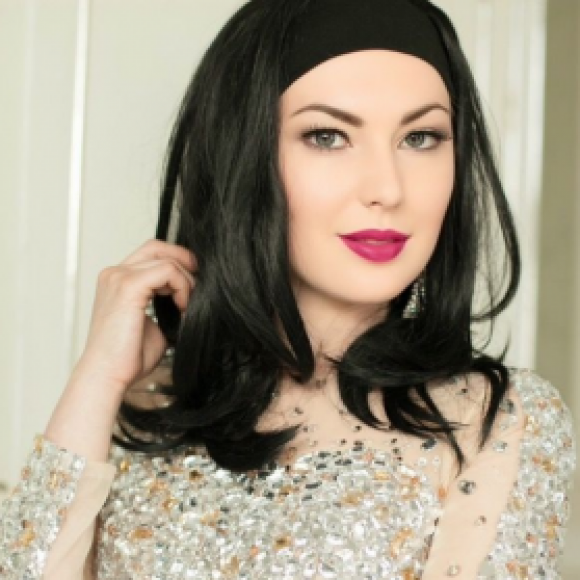 Альбина, 30 лет, Киев17.09.2019
I'm very happy I found this agency and I highly recommend. They are very professional.

Stephan Z.24.11.2019
I don’t know English at all, so for me meeting a foreigner is something of a fantasy. Imagine my surprise when I realized that I communicate here without any problems. A translator helps a lot. I write in Russian, translate and send a message, and I also translate the answer. Conveniently. 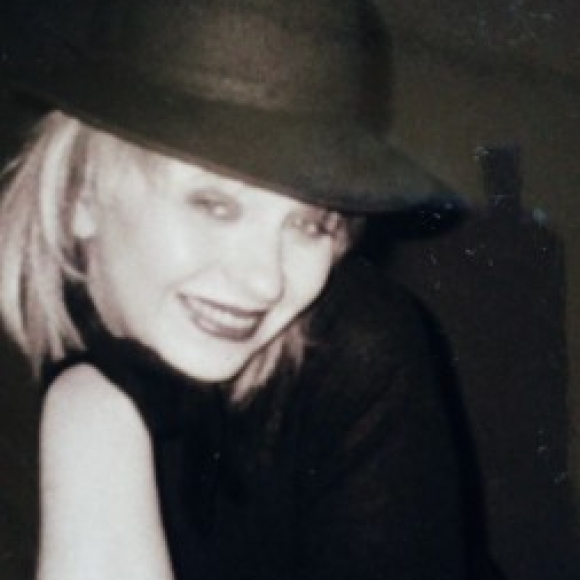 TomUSA, Texas
Thanks, I always can trust you. You are good Agency, not scamming, like many do. 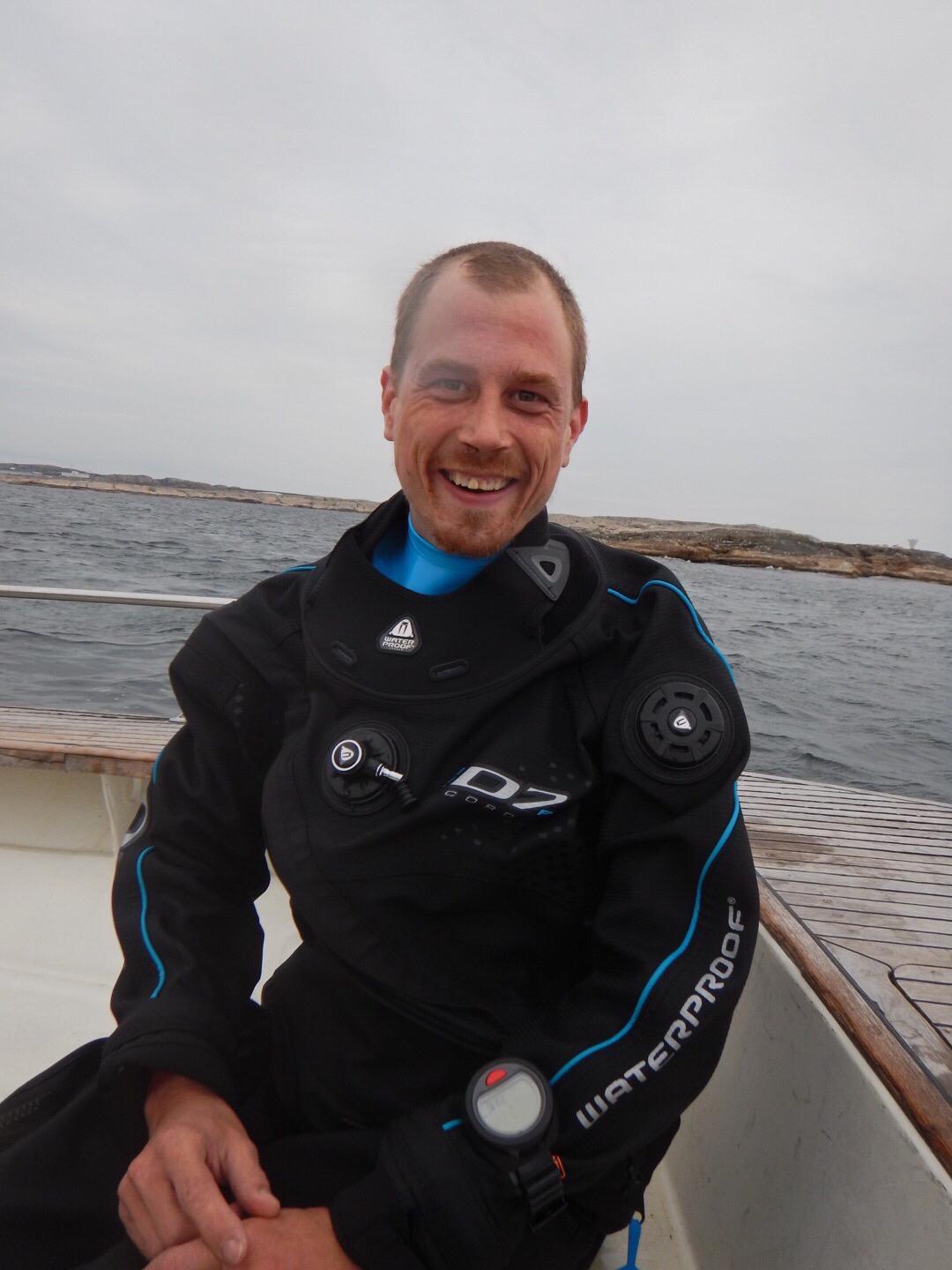 Mika, 12.05.2021Stockholm, Sweden
Excellent professional and serious. You are absolutely the best!!!!! 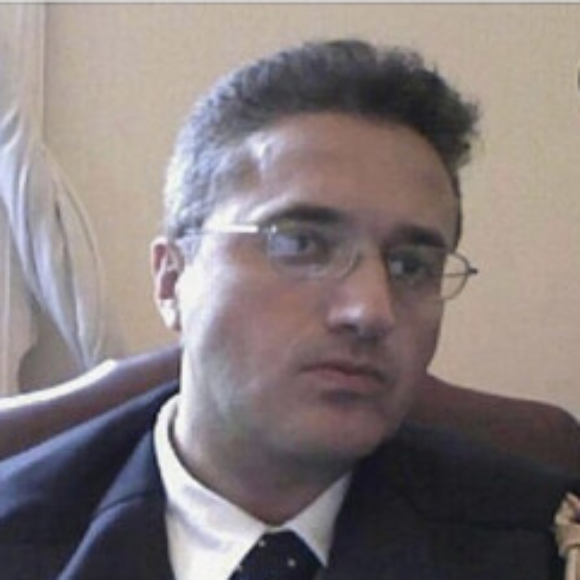 Roberto, Milan, Italy10.06.2021
My name is John from Hawaii. You will find that Ukrainian women while incredibly beautiful, they are not negatively affected by their beauty as many American women are. They love to please and are very appreciative of a good man. They are “stuck on themselves” as with most attractive American women. Luda’s service is very personable and she is very helpful in all matters pertaining to meeting the right lady. Luda is great lady. Very nice ladies. All very attractive. The best thing is that she knows all the ladies on a personal level. Excellent agency and I highly recommend using her. What makes Luda different from all the other dating agencies is that she looks after the interests and the welfare of her clients. It is worth the expense of going to Kiev that is beautiful, clean, and friendly city. 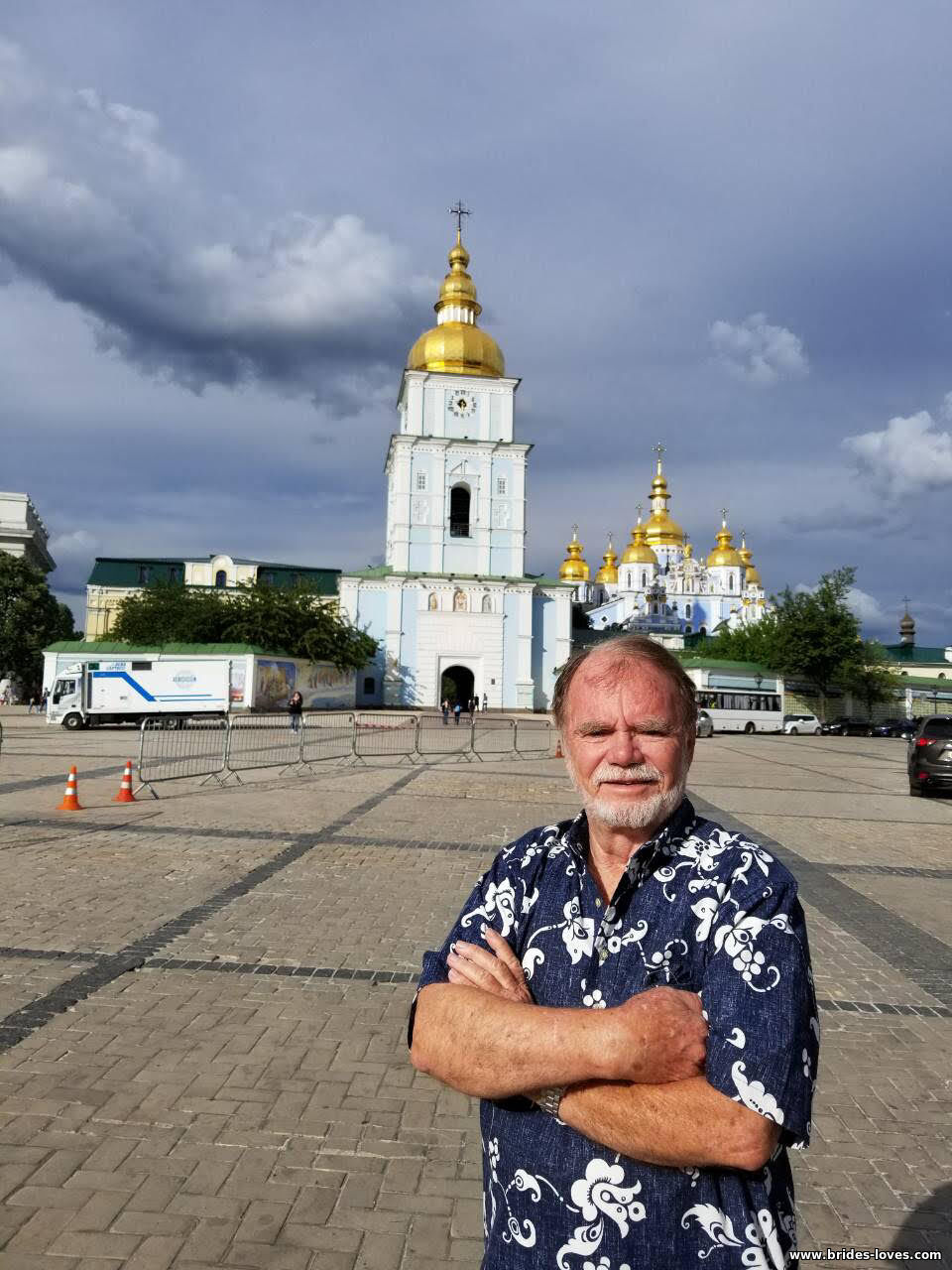 John O'ScanlonUSA, Waialua, Hawaii.
Finding Luda in Kiev was a godsend for me. She was referred by another American I met in Kiev rather accidentally. When this man, who has become a good friend to me in the States, introduced me I was skeptical. I thought I was satisfied with a website I was using…..but, frankly, there is no comparison between the site and Luda. The site turned out to be a money-grabbing scam, whereas Luda was the real deal. She is exactly was I needed! Her real time introductions were with HONEST, beautiful, intelligent and gracious women who were seeking a serious relationship with a man who would treat them with respect. Not only has Luda been a great resource, she has become a good friend. I highly recommend her services to anyone and everyone who is looking to connect with a Ukrainian lady. 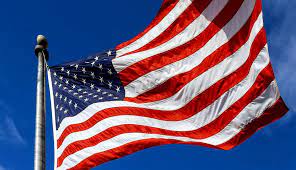 Keep up to date with our events!