My Experience with Luda the Matchmaker 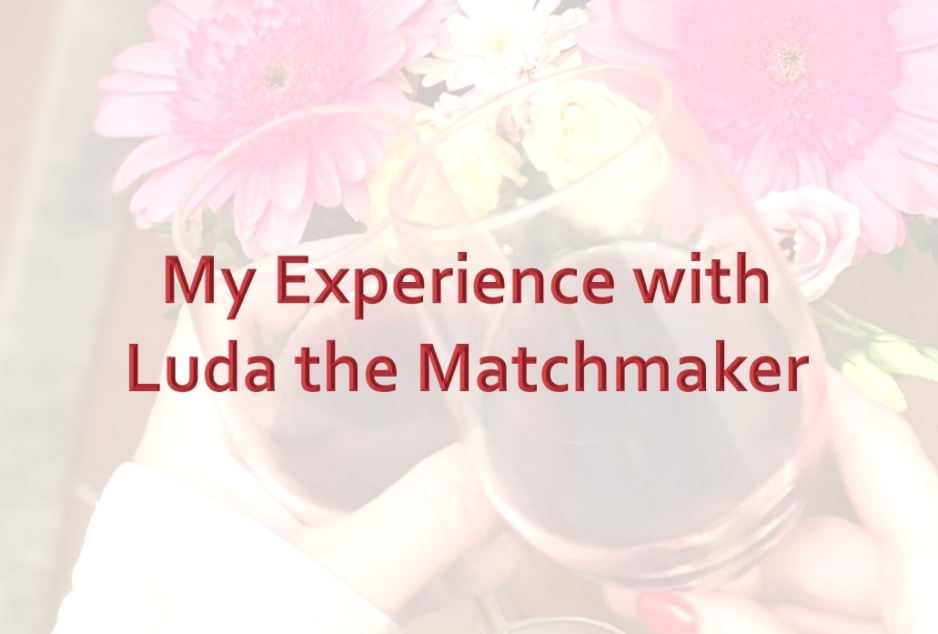 I arrived in Kiev from a long flight and called Luda without prior notice and checked into an apartment that was recommended by Luda. She said to come to her office afterwards which she gave directions to my taxi driver. I arrived at her personal apartment and I was invited to come inside. She told the taxi driver to wait, it would only take 15 minutes. As I entered her apartment, which was in disarray, I realized that this was where she worked from. Luda said never mind the mess, and showed me a picture book of hundreds of marriages she arranged over 20 years. Next she asked me to look at another photo book with many beautiful ladies and put a marker of those I would be interested in meeting. All the ladies in the book were really very beautiful and they were candid shots not photo shopped. There was no description of the woman or age. I am 64 years old and was concerned about the age differences but she said that it was not important and that if it was meant to be and the chemistry was there, that was what mattered. I picked about 15 or so very beautiful woman….. almost all the woman in the book were highly beautiful and many of model like looks. She next pointed to a small stool and said if you sit on that stool your single life will be over so think carefully because once you sit on that stool your life will never be the same.

I sat on this stool thinking what do I have to loose, then I got up and left and was told to meet at a restaurant in an hour. This all took about 15 minutes time and I thought that maybe I might meet with one of the ladies.

I entered the restaurant an hour latter but Luda was not there yet, but a beautiful woman I recognized from the ones I choose was sitting there and she introduced herself. She was beautiful and very warm and even spoke good English. We had a nice conversation for 10 minutes before Luda showed up. This lady was very interested in meeting me again and was very affectionate towards me. She even offerd to cook me dinner at her house. I could not believe that I had meet someone so compatible and beautiful so quickly. She said she had to return to work and just as she left another gorgeous woman appeared, who I had great eye connection with and she even kissed me. By now I was quite over the top, 2 woman I felt chemistry with and who felt the same towards me. This 2nd lady said she had to go back to work and she left with the intentions of showing me around the city in the next day.. I could not believe my luck, 2 great woman who I had a mutual connection with. I told Luda that I needed to go to the currency exchange which was outside the restaurant so I left for a few minutes. When I returned, my eyes fell upon the most beautiful lady, who was smiling at me as I entered the restaurant meeting area. As I looked into her eyes and hugged, I literaly felt stars, an unbelievable floating feeling as all time stood still. I knew she was the one and my soul mate. By now I was so altered and high. This lady named Vika was also feeling the same. The connection was so deep so quickly. I had no idea how long I was with her as I was in a timeless state, but she apologized and she said she had to leave, and minutes later another beautiful lady walked in but by now I was spoiled with Vika. One beautiful lady after the next came and we had a great exchange but with Vika in my heart, and the excitement of meeting what I believed was my soul mate, no one else could come close to that.

I met a total of 12 beautiful woman in the space of 3-4 hours that afternoon. I marveled at how seamless one woman would come after the next with not more that a few minutes gap.

I had dated other woman in Odessa but never anything like this. I found it extraordinary that every woman spoke good English. With the woman I had dated in Odessa maybe one in 15 could speak good English. Luda said that she taught many of the woman English as she used to be a language teacher. I could not fathom how could she could possible arrange 12 dates so quickly with no prior notice. She said she did it all in a half an hour.

The next day, Luda introduced me to 4 other ladies from my picks but I stopped her from introducing me to more or following up with offers from others to show me around or cook me dinner as I realized my heart was connected to Vika. My connection with Vika is the most amazing experience. …. Beyond words.

Now a few days after my arrival and seeing each other daily we are making plans for a trip to Spain. I feel so blessed to have met beautiful Vika. Interestingly from the time I sat on the stool to the time I met my soul mate was only 2 hours. Pure magic!!!

Luda is truly a genuine virtuoso matchmaker. She said she knows 22,000 girls. I asked her how she could possibly remember that many woman and she said that she has photographic memory and also she taught many woman English. I cannot image anyone in the whole of Ukraine that has such an intimate knowledge of the woman. Luda is truly the ultimate matchmaker who can make your dreams a reality.