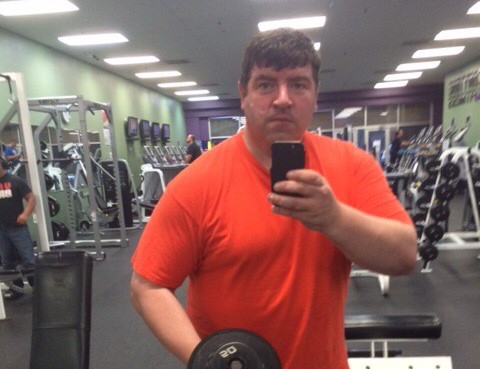 My brother got married to a Russian girl over 20 years ago and they are still married. At the time, I thought he was crazy to marry a girl outside of the U.S., but I have been proven wrong over the years. They’ve been together for over 20 years and have a daughter that is starting college now. It inspired me to open myself up to the possibility of dating a girl from outside the U.S. I came on a group tour many years ago and by pure accident my translator introduced me to Luda. I was introduced to the most amazing girl I had ever met and we went on to date for the next 2 years ending in a proposal and a fiance visa to come to America.

Unfortunately, due to unforeseeable circumstances, I was not able to bring her here, but that relationship forever changed my outlook on dating. I could not date an American girl after that. I don’t know how to explain it, but it was SO different dating a Ukrainian girl compared to an American. This is probably in my head, but it felt almost like I was dating what I would imagine American girls were like back in the “Leave it to Beaver” era.

Kind, Sweet, serious, no games… I have had many adventures over the years including taking my first ride on a soviet style train to Kharkiv. I was in a 4 bunk room and while I was waiting for the train to leave Kiev, a few younger Ukrainian men and women came into my car. once they learned where I was from, they were like, “AMERICAN!!!” with open arms giving me hugs and offering me a beer… I loved it. It cracked me up.

The people here in Ukraine are so nice and accepting. I have been to Russia, Belarus and Ukraine and I have always felt like Ukraine is the most westernized and comfortable for me to visit. In fact, I have even thought about retiring here. I know that might sound a little bit crazy for someone who has never been here, but your dollar goes a LOT further here and it’s not a bad place to live.

I had one time when I was in a town about 4 hours away from the airport in Kiev. I left in a car service in the middle of the night to make it for my flight back to the U.S. at the end of my stay. I got all the way to Boryspil Airport, got my luggage, shook the hands of the driver and thanked him and watched him drive away only to find out that I forgot my passport back in the apartment I was staying in Sumy. I couldn’t believe it. There was no way I would make it back in time for my flight. I had to email my boss to let them know I wasn’t going to make it back to work on time and arranged a ride back to Sumy.

Now since I was at the end of my stay and didn’t have the extra money to pay for a personal driver this time, I decided to take a old bus back. Now you have to realize its the middle of the summer. HOT and these older buses don’t have AC on them. (The newer ones did, but I was being cheap and didn’t want to spend the money) It also took about 6 hours to get back since they stop quite a few times. Luckily the passport was still there and I was able to arrange a flight back to the U.S. in 3 days. It gave me an excuse to continue dating the girls.

Then again, I decided to take a bus or rather a big van for my trip back to the airport this time. It had AC and was much more modern then the one I was in only 3 days prior. I was sitting in the very back seat which was raised up due to the storage space and I could not see out the windows. There wasn’t a single tourist on this bus and no one spoke a word of English.

Luckily, my translator told the driver that I needed to get to the airport and asked him to make sure I got there. So we were maybe 20 minutes from the airport and all of a sudden I could see the driver panic and start turning the wheel as fast as he could. I also noticed many of the passengers who COULD see out the windows start to reach for anything they could hold on to and I thought in my head in those fraction of a seconds, “Uh Oh, this can’t be good!” and BAM!!! Someone hit our bus and spun us around a few times. Luckily no one was hurt, but now I’m thinking, “GREAT, I’m going to miss my second flight back home now!” The scene after the accident was like something right out of Romancing the stone when Kathleen Turner’s bus gets into the accident and all the people just grab there luggage and start walking leaving her behind. That’s basically what happened to me.

Everyone on the bus just walked away. I’m thinking where are you going??? Luckily the bus driver knew I needed to make it to the airport and even though he only spoke Ukrainian, he got it across to me to wait right here and there will be another bus coming by in 15 minutes that can take me. In the end, I made my flight and got back safe and sound.

These were just a few of my adventures I’ve had while traveling here. In the mean time, Luda has always been someone I can trust when I am in Kiev. She goes above and beyond for her clients. She will tell the girls all about me and build me up to them before and during our meetings if she is our translator. She has a heart of gold. This is not just a business for her. She truly wants her clients to find True Love.